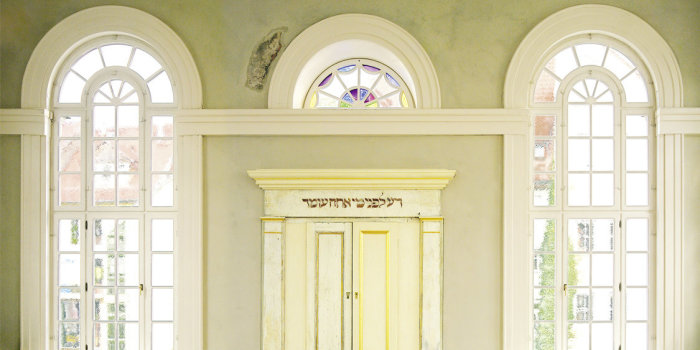 On 10 July 1840 the Jewish community consecrated the Small Synagogue. It was used as a house of worship for only 44 years, until 1884, since the community was growing fast in the 19th century. The community built the Great Synagogue at today’s Juri-Gagarin-Ring and sold the Small Synagogue to a merchant. He used the house as a storage facility and production building. In 1918 the municipality installed apartments. Interest in the Jewish heritage grew in the 1980s. The town had the building history of the synagogue researched and the building restored. Building researchers found the mikveh as well as the Torah shrine and the women’s balcony. So the prayer hall presents itself today in the almost original condition. The Small Synagogue serves today as a meeting centre and shows an exhibition on Jewish life in Erfurt in the 19th and 20th centuries.

Permanent exhibition in the Small Synagogue