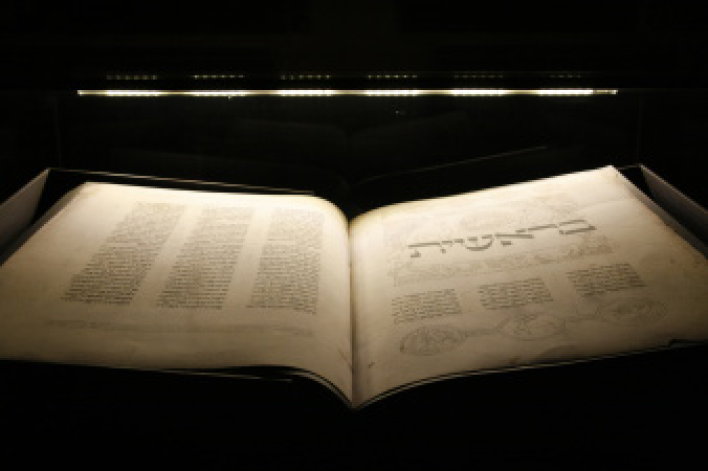 Picture: Part of the Erfurt Hebrew Manuscripts is also the Erfurt Bible 1, a colossal Bible manuscript from the 14th century Picture: © Stadtverwaltung Erfurt

The Erfurt Hebrew Manuscripts are evidence of the importance of the medieval Jewish community. Fifteen manuscripts from the 12th to the 14th century have been preserved, more than from any other community. Apart from four Torah scrolls there are, amongst other things, four Hebrew Bibles bequeathed as well as a machzor, a prayer book used on certain Jewish holidays.

The manuscripts probably came into the hands of the Erfurt Council during the pogrom. It sold some books shortly afterwards, others stayed in the possession of the city until the 17th century. How they finally ended up in the library of the Evangelical Ministry in the Augustinian Monastery is unclear. The Ministry sold them to the Royal Library in Berlin, today’s Berlin State Library, in 1880.

In a cooperation project between the network "Jewish Life Erfurt", the Berlin State Library – Prussian Cultural Heritage, and the Free University of Berlin, chair of Jewish studies, the specialist Annett Martini is researching the Erfurt Hebrew Manuscripts. The results are integrated into the permanent exhibition in the Old Synagogue or will be published in the German-language section of this website.