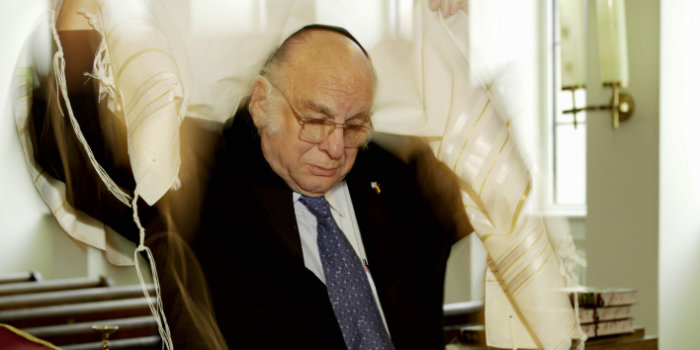 Max Cars was the chairperson of the re-founded synagogue community Erfurt from 1945 until 1961; he was one of the “Theresienstädter” (survivors of the Theresienstadt ghetto).

As the Jewish community re-established itself after the end of the Second World War, the board submitted a request to the city of Erfurt for the restitution of the land on which the Great Synagogue had stood until 1938. The city council granted the request on 20 March 1947 and the community took control of the site and began planning for the construction of a new synagogue.

However shortly after the inauguration of the New Synagogue the community began to decline. In 1952 an anti-Semitic show trial against leading state and party functionaries of Jewish faith took place in Czechoslovakia.  Eleven of the accused, headed by Rudolf Slánsky, were sentenced to death in Prague on trumped-up charges. Persecution also happened in the GDR against so-called Zionist agents. Around two thirds of all Jews living in the GDR fled.  The Jewish community in Erfurt survived these troubled times, but the communities in Eisenach, Gera and Mühlhausen did not.

Since 1990 the Erfurt community has had an influx of new members, primarily from the states of the former Soviet Union. Today the Jewish Community of Thuringia numbers around 800, amongst them about 500 who live in Erfurt. The chairperson of the religious community is Professor Reinhard Schramm. Konstantin Pal has been the community’s rabbi since 2010.

Location in the map