In addition to the buildings, there are singular authentic objects with an exceptional validity on Jewish culture in Central Europe, globally unique in their sheer plenty. 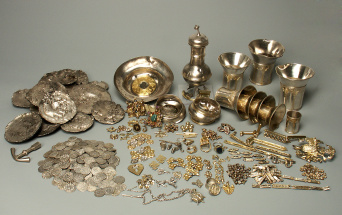 What is more, the "Erfurt Treasure", with a weight of nearly 30kg the largest and one of the most important hoards of medieval Jewish property from the 14th century, offers priceless understanding on status, everyday life and trading relations of wealthy Jews as citizens of central European towns and cities.

Thus, the Jewish-medieval heritage of Erfurt as a whole stands out as an exceptional showcase example of metropolitan and community culture in medieval Ashkenaz.